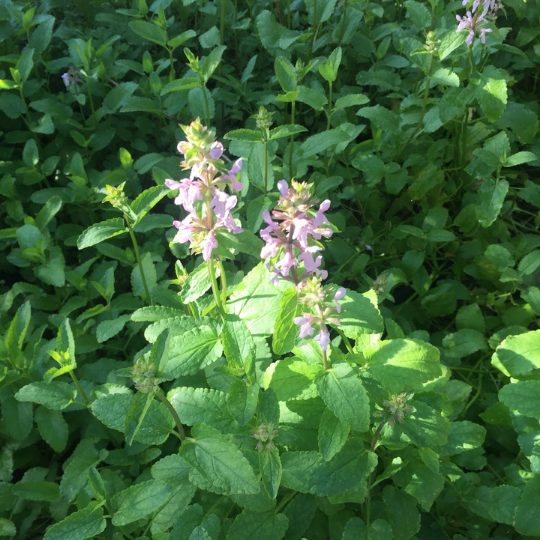 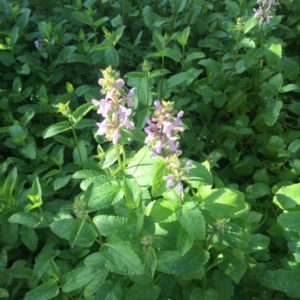 Usage:  The tubers of S. floridana are used  as food and have a crisp, sweet taste.  They can be eaten raw in salads and also make a stellar pickle. Harvest the tubers from  late winter until spring. If the season has been dry, the tubers may not be as abundant. Once the weather heats up the  tubers die back and become soft and brown. S. floridana is a relative of Stachys affinis, or crosnes, whose tuber is sold and utilized as a gourmet food. The leaves and flowers are used in a similar way to close European relative Stachys officinalis (Wood Betony). It is said that S. floridana has a more mild effect than S. officinalis, but both are used to for grounding the mind, relief from headaches & anxiety and to soothe the nervous system. The aerial parts can be infused in a tisane, or extracted into a tincture.

Growth/Habitat: FL betony is a perennial herb native to Florida whose range spans the Southeastern US. Like other members of the mint family, this herb has a square stem, opposite leaves with labiate flowers. S. floridana , however, is lacking in a strong aromatic scent. Leaves are  oblong with scalloped edges on a long petiole. Flowers are showy, light pink to purple with dark dots. Stachys, derived from Greek meaning “stake”, is indicative of the growth pattern of the flowers on a spike. This herb can grow to about a foot tall. Though a heavy producer of seed, this plant primarily reproduces vegetatively by rhizomes. These rhizomes terminate into tubers that  some say resemble a rattlesnake’s rattle, others say large insect larvae. This plant will grow readily in disturbed, relatively moist soil, as well as openwoods and uplands. It’s resilience and abundance have gained S. floridana a reputation as a nuisance weed. Instead of spraying toxic herbicides, dig up and munch on the tubers in your yard instead! (Always remembering to never harvest wild plants in areas that may have been sprayed with pesticide/herbicides or collect runoff from roads! )

Recipes: Use your favorite brine recipe and pickle the fresh tubers! The following recipe is recommended for overnight “refrigerator” bread & butter pickles.