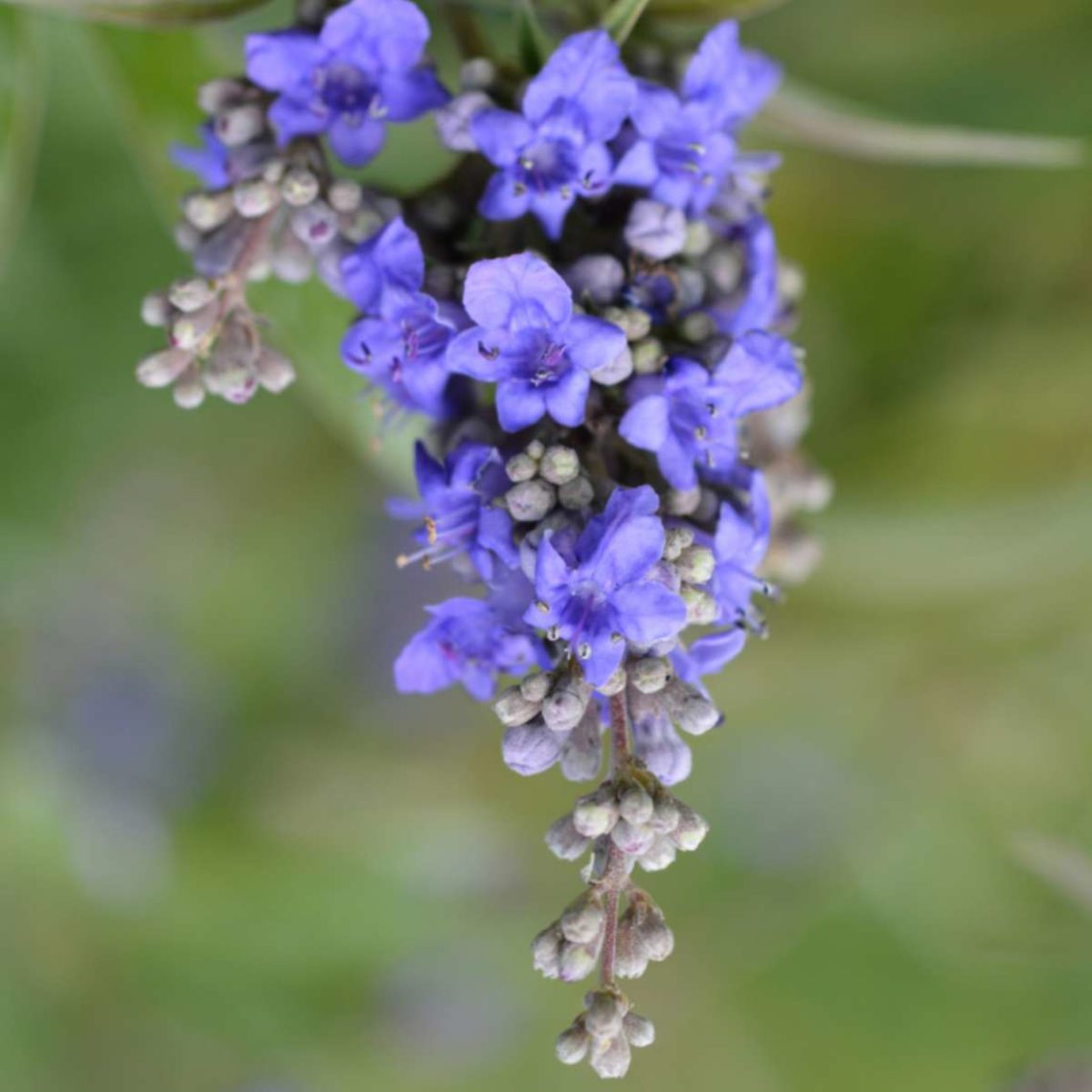 Habitat: Vitex is a perennial shrub native to Mediterranean that grows 5-25 feet tall, with opposite, compound, lance-shaped leaves and a whitish bark. At the top of the stem form a plume of purple or lavender flowers that mature into grayish-purple fruits in the form of drupes. with slightly hairy stems and pointed leaves arranged alternate along the stem. The flowers and fruits feed insects and birds including many pollinator species. Many species in the genus are native to tropical and subtropical climates, and while this one is native to a temperate region, it flourishes in Florida’s warm weather, and has become frequently used as a landscape shrub. (If you live in Winter Park, check the parking lot behind Foxtail Coffee on Orange Ave, or the streetside next to ABC Liquor off of 17-92, for some large landscape specimens!) The plant is rarely cultivated from seen, but can be easily propagated from vegetative cuttings.

History: Vitex carries a common name of “monk’s pepper” for its long history of use in monasteries and convents. Greek physician Dioscorides touted its ability to help women remain chaste while their husbands were away at war, but its reputation as an anaphrodisiac is largely historical, as many modern herbalists employ this herb to actually help improve libido, especially for women entering menopause. Its flexible stems have a long history of use in basket weaving, and the genus Vitex was named by Linnaeus, derived from the Latin word vieo, meaning to weave or to tie, referencing its historical use in basket-weaving. The shrub was considered sacred to the goddess Hestia.

Energetics: Vitex fruit are acrid, spicy, and warming – much like the peppercorns they resemble. In fact, I often add dried Vitex fruit to a spice grinder and use them to flavor food.

Benefits: The fruits of Vitex have been used for a variety of endocrine and regenerative symptoms, including cycle irregularity, polycystic ovary syndrome, infertility, PMS, post-partum depression, menstrual cramps, and menopause. Its actions are attributed to its affect on the pituitary gland, and it is known to balance prolactin secretion, balance estrogen and progesterone levels, and affect the production of luteinizing hormone.

Dosage: Known as a tonic herb, Vitex is typically administered in tincture form 20-40 drops up to three times per day, or a single one-teaspoon dose first thing in the morning. This herb should be employed for at least three weeks to begin to notice its effects. It is contraindicated with contraceptive drugs, and all those interested in taking Vitex should seek consult from a practicing herbalist before employing this herb to ensure that other symptoms are not overlooked.