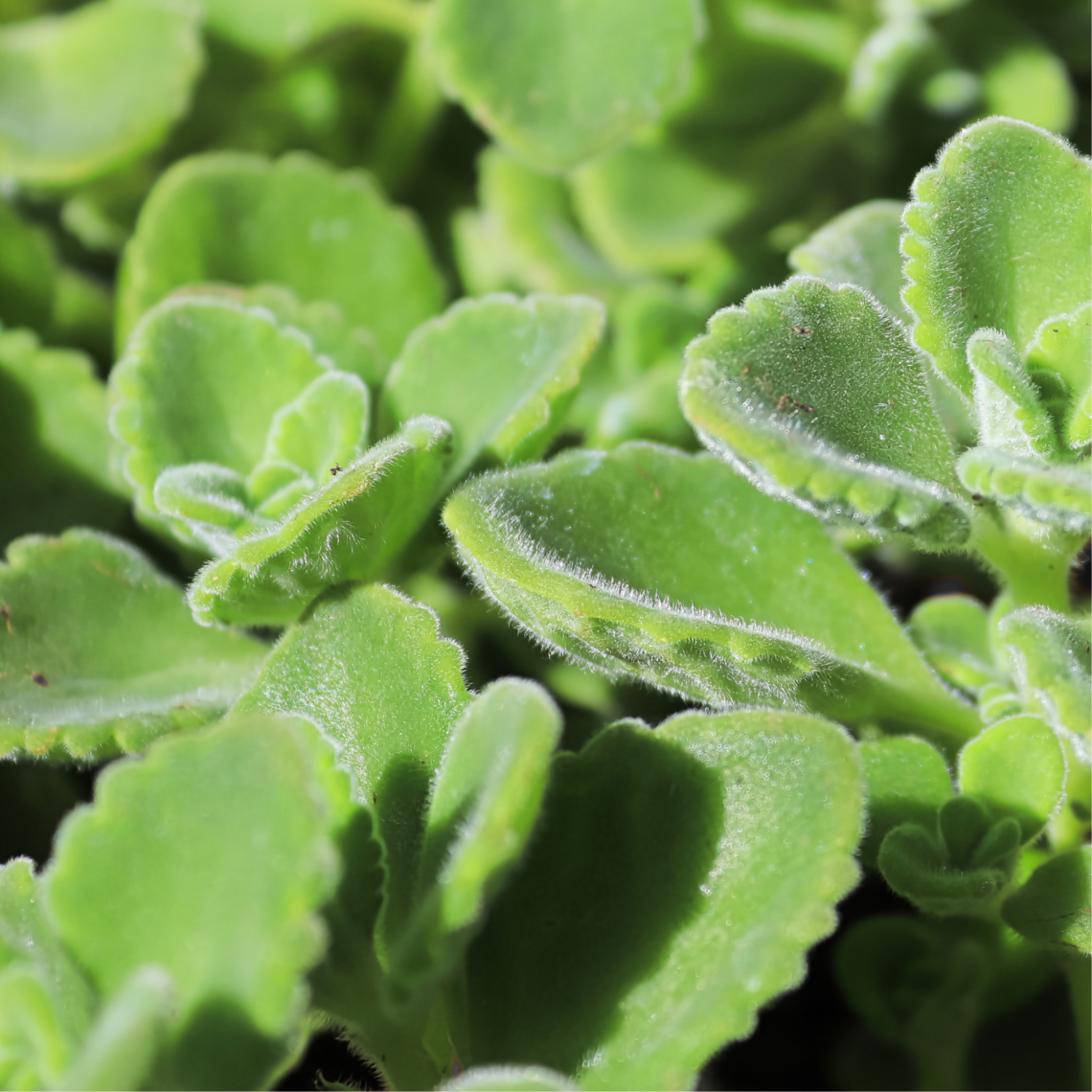 Habitat
It is said to be native to southern and eastern Africa or possibly India, but the botanical name ambonicus suggests that it originated in the Meluku islands of Indonesia. Specifically a mountainous, fertile island of Ambon. Cuban Oregano grows easily in tropical climates throughout the world. It is used in landscaping and easily grows in containers outdoors and indoors. It is a tropical perennial semi-succulent herb that can be found in the Middle East, India, Southeast Asia, Europe, and the Americas. Outdoors it is best grown in full to partial sun in zones 10 and 11. Cuban Oregano does best with loose soil and drainage that lets it dry out between waterings. It will grow in shade and can overwinter indoors. The flowers are small and purple.

Benefits
Cuban Oregano is used for respiratory issues like Bronchitis, Allergies, Asthma, Colds, and Coughs. This plant has also been used to treat malarial fevers, convulsions, and epilepsy. For the digestive system, it treats indigestion and stomach cramps. It has also been used when arthritis, headaches, and insomnia are present. In Indonesia, it is given to nursing mothers to improve milk production. It is infused into a syrup for cough and sore throats. Also in Indonesia as well as India, in the practice of Ayurveda, they choose Cuban Oregano as an anti-inflammatory and to reduce fever.

Cautions
Cuban oregano might be harmful to cats, dogs, and horses since it is a plectranthus. It is not recommended to ingest oregano oil. Especially if pregnant.

Culinary use
Used to season meat and fish. Especially in jerk seasoning. It can be used in most recipes calling for Oregano, but Cuban Oregano has the tendency to be overpowering if too much is used.

The fresh leaves are best. They can be used in a salad or put in a blender with other ingredients for a marinade, pesto, or salsa. It even neutralizes the heat of hot peppers to some degree. Cuban Oregano is used as an ingredient in stuffing, in soups & stews, and to flavor black beans. Beer and wine recipes have called for Cuban Oregano. It’s also delicious simply battered and fried.

Other Uses
Rubbing a leaf on your skin can repel mosquitoes. Crushed leaves can be used on the skin to treat Burns, Sores, Eczema, and Insect bites.

Magick
Brazilian people and specifically African immigrants to Brazil used Cuban oregano in rituals. It was burned as an offering or to consecrate places of worship.  It was used as incense for protection or as cleansing magic. If it was growing in a lawn it was thought to be a sign that fairies have blessed that place.  It can be worn as a sachet to encourage psychic sensitivity.